Make the Time for Solitude

We pastors love being with people . . . but not all the time. Let’s be honest: people (especially talkative people) can be draining.

In times of solitude with God, however, the only person who needs anything is you.

The gospel of Mark tells us:

In the early morning, while it was still dark, Jesus got up, left the house, and went away to a secluded place, and was praying there. (Mark 1:35)

Why so early? Was Jesus a morning person? Not necessarily. Early morning was probably the only time He could be alone. He arose early even though the previous day had been non-stop.

Even as a busy man, Jesus found a way to balance the demands on His time with His need for solitude with the Father.

Time with the Father will require a willingness to inconvenience yourself . . . to the point of losing sleep, if necessary. But even making that sacrifice, there’s no guarantee you’ll get all of the time alone that you would prefer. Check the record. Jesus sought solitude, while everyone sought Him! (Keep reading in Mark 1:36–38.)

Solitude and ministry exist in tension with each another, yet they cannot be separated. Effective spiritual leaders must learn the discipline of keeping themselves in proper balance.

Our purpose as pastors, like that of Christ, is to serve others, not to cloister ourselves away in order to hoard up spiritual treasures for our own enrichment.

The refreshment Jesus gleaned from solitude with the Father translated into meaningful ministry to the people.

In truth, some of you reading this are on the ragged edge.

Because you have lost perspective, you will soon burn out. Stop before it’s too late! Not much ministry gets done from a pine box.

Let me suggest the obvious. Make time for solitude with God. Schedule it in your calendar like any other appointment. 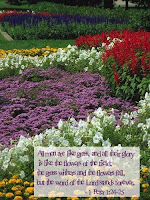 An amateur, genealogical researcher discovered that his great, great uncle, Remiss Starr, a fellow lacking in character, was hanged for horse stealing and train robbery in Montana back in 1889. The only known photograph of Remiss Starr, shows him standing on the gallows, rope around his neck. On the back of the picture, is this inscription,

A family friend rewrote the story of Remiss and this is the way he presented the biography:

“Remiss Starr was a famous cowboy in the Montana territory.

His business empire grew to acquisition of valuable equestrian assets and intimate dealings with the Montana railroad.

Beginning in 1885 he devoted several years of his life to service at a government facility. Finally, taking leave to resume his dealings with the railroad in 1887, he was a key player in a vital investigation run by the renowned Pinkerton Detective Agency. In 1889, Remiss passed away during an important civic function held in his honor, when the platform upon which he was standing collapsed.”

While we find that rewrite of family history humorous, there have been many attempts down through the ages of people determined to rewrite history, to cover up the egregious behavior of past decades and centuries in the name of social justice and equality.

There are people today who deny that the holocaust ever happened. But after World War II, the Jewish nation was markedly determined that history would remember the horrors of the holocaust and the Nazi effort to wipe out a whole race of people. They preserved, as painful as it was, the stories and pictures and artifacts that would document the horrors of that time so that mankind would never allow it to be repeated or forgotten.

There have been many attempts down through the Gospel age of people and governments who have attempted to rewrite history by trying to destroy the Christian religion and eliminate any evidence that it existed, including it’s one great tangible of the faith, the written Holy Word of God.

The persecution of Christians by the Roman Empire was one of those horrifying realities of history. But of the 10 Roman Cesare’s who ruled after the death of Christ, Diocletian (284-305 AD), inaugurated the most venomous and violent persecutions of all.  The 10th and last of the Emperor’s to inflict their wrath on the Christian faith, Diocletian began a systematic attempt to wipe the name of Christ from the earth and from the history books. In a.d.303, Diocletian issued an edict requiring the uniformity of worship of Cesare. By refusing to pay homage to the image of the emperor, all Christians became outlaws. Their public and private possessions are confiscated, their assemblies are prohibited, their churches are torn down and worst of all, their sacred writings are destroyed. Those tortured and killed is estimated to be in the hundreds of thousands. Every means was devised to exterminate the obstinate religion.

And yet, as it always does, the truth of scripture would prevail as God had promised, “But the word of the Lord abides forever.”  I Peter 1:24

One promise is clear from scripture that one day “… the earth will be filled
With the knowledge of the glory of the Lord, As the waters cover the sea.”

So no matter how hard fallen humanity rails against Jesus and those who follow Him, the attempt to rewrite His history in this centuries old battle of good and evil, will still only end one way, when Jesus Christ ultimately rules as King of Kings and Lord of Lords over the entire breadth of humanity. The Word of God will endure forever because it is God Almighty who controls and writes the history of mankind.

“And I saw heaven opened, and behold, a white horse, and He who sat on it is called Faithful and True, and in righteousness He judges and wages war. … and His name is called The Word of God. …  And on His robe and on His thigh He has a name written, “KING OF KINGS, AND LORD OF LORDS.”