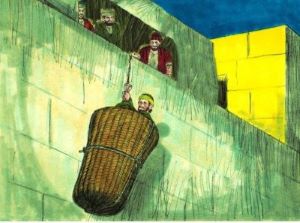 John Pollock, in his splendid book The Apostle, states, The irony was not lost on him that the mighty Paul, who had originally approached Damascus with all the panoply of the high priest’s representative, should make his last exit in a fish basket, helped by the very people he had come to hurt.  [John Pollock, The Apostle: A Life of Paul (Wheaton, Ill.: Victor, 1985), 45.]
That about says it all, doesn’t it?
Just to set the record straight, our lives and ministries are not caught “in the fell clutch of circumstance.” Our heads are not to be “bloodied, but unbowed.” You and I are neither the “masters of our fate” nor the “captains of our souls.” We are to be wholly, continually, and completely dependent on the mercy of God, if we want to do the Lord’s work the Lord’s way. Paul had to learn that. So must we. My question is: Are you learning that? If not, today would be a good day to start.
Reprinted from "The Pastors Blog" - Chuck Swindoll
1 comment:

An Honest and Transparent look at "Easter" 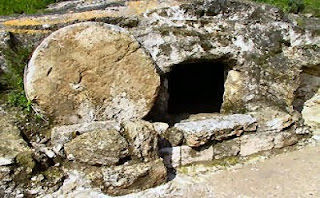 Today we will look at the word "Easter” and trace
it back to ancient England.  Today Easter is a purely Christian term,
however it has a very dark past indeed.  Now I am sharing this with
you not to ruin your Resurrection Celebration, but to share the truth with
you.  Also let us keep in mind that most Christian Holidays, including
Christmas in December, came from ancient pagan Holidays as well.

The word "Easter" does not appear even one time in the Original
Transcripts.  After all, there are no Hebrew or Greek words for it.
In the Original Manuscripts it uses the Hebrew word [ pesach ] which
means Passover, the same applies to the New Testament in the
Greek Transcripts [ paschal ] as well.  In fact, the first time that
Easter ever appeared in our Bible was with the very first King James
Bible in the 1600's, and it was used only one time in that Bible,
that was in (Acts 12:4) where it was substituted for the word
Passover, by whom we do not know.

So where did the word "Easter" come from anyway?  Surprise,
surprise, a Pagan Holiday which was in honor of their goddess of
the dawn, of spring, and of reproduction. So let us begin.....

Now an ancient Babylonian legend had it that a giant egg fell from
heaven, was rolled ashore by the little fishes, and hatched by doves
into Ishtar, or Aahtoreth.  This legend over time became known even
in Europe and became firmly entrenched in ancient Britain and was
celebrated during the Vernal Equinox.  The name Ashtoreth was
transliterated into the Gaelic tongue as "Eastre." This was a form of
Baal worship. (One might note that whenever Baal worship was
practiced, it included animal and human sacrifices involving children!)

During this festival pagan priests called Druids performed religious
rites involving dancing around phallic pillars, temple prostitution, and
sacrifices in honor of Eastre.  Also, eggs have always been associated
with her, and wherever Baal worship has appeared. Thus, Easter eggs
are part of the ancient celebration of the goddess as well. The Easter
Bunny is a more recent twist on an ancient theme, inspired by the
same spirit, rabbits have long been associated with reproduction and
with Ashtoreth, or Eastre.

How did ( Eastre ) or Easter replace Passover?

Now since the pagans were already celebrating their holiday at
about the same time as Passover, the Church once again decided to
sanctify their holy day as a method of converting pagans to
Christianity.  So why not change the name just a little, clean it up and
get rid of their sacrifices, and make it a Christian Holy Day.  It was
then that Eastre's day became known as Easter.

Also, remember our old friend Constantine the Roman emperor?
The man who decided to change the Sabbath from the seventh day to
the first day of the week, and then muscled the Church into accepting
that.  The man who dared to change God's Word, well he struck again.
You see Constantine convened the council of Nicaea in 325 A.D. a
council that he handpicked I might add.  This council unanimously
ruled that the Easter festival should be celebrated throughout the
Christian World on the first Sunday after the full moon following the
vernal equinox; and if the full moon should occur on a Sunday and
thereby coincide with the Passover festival, Easter should by moved
to the following Sunday.  Therefore, Easter and Passover would
become separated, and have been ever since.  This is why we
celebrate Easter on a different day each year!

Of course, in the modern World today the term Easter has become
a purely Christian word. No one offers their children before phallic poles,
or worships the statue of a woman with many breasts on Easter day.
But Christ is equally pushed out, and I can't help but believe that our
old enemy 'satan' is behind the whole affair. He simply kept introducing
distractions such as eggs, bunnies, and Easter baskets until the
resurrection of Jesus became an afterthought, and finally not thought of
at all, except by a very few. Thus, the true significance, of Christ's
triumphal victory over death itself, is lost in the shuffle I am sorry to say.