The Truth about Good Friday


The tradition of celebrating “Good Friday” as the day our Lord Jesus died is a centuries old notion dating back to the times when Constantine was emperor. But is it accurate and scriptural? I would suggest that it is not. In keeping with the admonition of scripture to “prove all things and hold fast to that which is good”, I offer the following study as an alternative to the “Good Friday” tradition as well as the time-honored tradition that our Lord was resurrected on Sunday morning.

Jesus arrested and undergoes 6 illegal trials – 3 by the Jews; 3 by the Romans

Thursday – Nisan 15
The first day of the Feast of Unleavened Bread, a Sabbath “High” Day – Leviticus 23:5-8, John 19:31
The Chief Priests and Pharisees ask Pilate to secure the tomb with a guard to keep anyone from stealing the body of Jesus.

The 2 Mary’s and Salome, after preparing the spices on Friday, rested on the Sabbath according to the commandment.  Luke 23:56

Saturday was also the beginning of the Feast of First Fruits – Leviticus 23:9-14

"Now I make known to you, brethren, the gospel which I preached to you, which also you received, in which also you stand,  by which also you are saved, if you hold fast the word which I preached to you, unless you believed in vain.
For I delivered to you as of first importance what I also received, that Christ died for our sins according to the Scriptures,  and that He was buried, and that He was raised on the third day according to the Scriptures,..." (emphasis added)  NASB 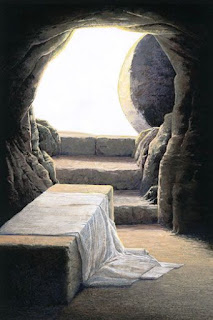